What is the Nankai Trough Crisis?

The Japanese government predicts that an earthquake of immeasurable scale will strike Japan along the Nankai-Trough within the next 30 years. It is predicted that the quake will cause a massive tsunami that could devastate the extensive coastline along the Pacific Ocean, from Shizuoka to Miyazaki (throughout central to west Japan). It is estimated that the death toll will be over 300,000 and 2 million buildings will be damaged. 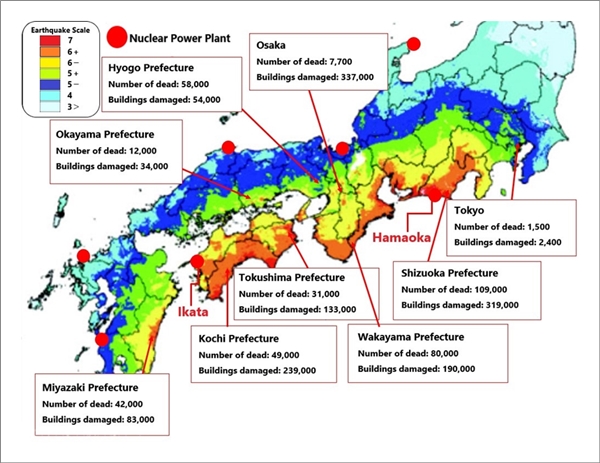 AMDA has established a comprehensive counter-disaster scheme, “AMDA Platform for Nankai Trough Earthquake Disaster Strategy” to prepare for this foreseen crisis. With the ultimate aim of being fully prepared for this calamity, the platform enables local governments, medical institutions, private corporations and NGOs to collaborate in a swift manner upon the occurrence of the disaster.

The Platform is mainly focusing on two prefectures in the Shikoku region, Tokushima and Kochi, in western Japan. 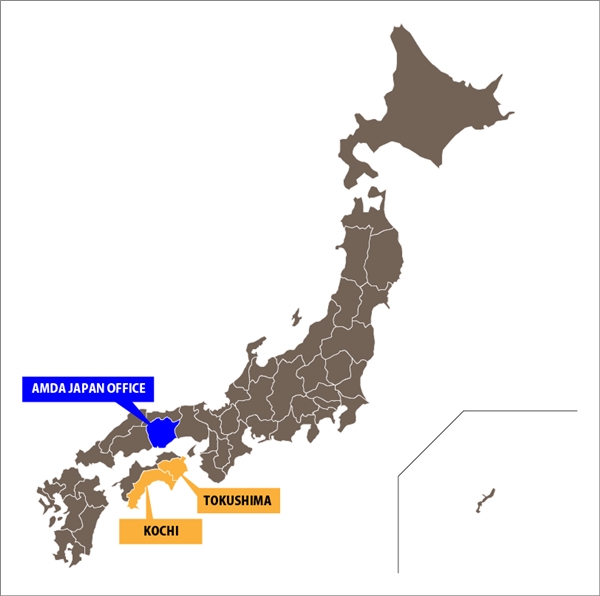 Tokushima and Kochi are two prefectures which are presumably hard to reach at the time of the disaster.
This is because:
1) Aid assistance will be concentrated in Osaka and Nagoya as they are major cities with easy access
2) As a tsunami is expected to sweep along their coastal areas where main roads and airports are located, it is easily imaginable that access to the area will be hampered by the extent of the tsunami.

Currently, AMDA is affiliated with:
a) 11 municipalities (two prefectures and nine cities/towns) in the disaster-prone regions that are expected to be affected
b) Several regional communities, medical institutions, private companies and organizations that are willing to extend a helping hand
AMDA sincerely hopes to establish a disaster-response platform based on a solid network and welcomes anyone who would like to contribute to a good cause.

By thoroughly working out possible countermeasures, AMDA thinks that the effects of the Nankai Trough Earthquake can be significantly reduced if enough preparations were made prior to the event. By working closely with local governments, the platform has subdivided the different facets of emergency relief into 10 categories including “access to disaster sites”, “communication” and “stocks of relief supplies”. Promoting a network based on these elements would allow swift response even at the time of an unforeseen crisis.